Prasant Khanal: “I saw a flower blooming on the battlefield” 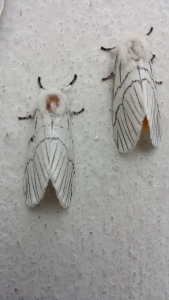 The Earthquake terrorized us for months, and we’re still feeling the aftershocks. It was the first experience in my life where I saw that humans couldn’t do anything but pray. I don’t know if it was a blessing from God or just another coincidence, but the quake happened on a weekend.

It was a beautiful day, sunny and warm – perfect for a bike ride. We had classes off that week, so I and my friends had planned a three day tour of Khasha. We stopped by some woods and cliffs to enjoy the amazing beauty and take some photographs. That’s when the first shock struck the land. After surviving a close call with a bus and some falling rocks, we ran to a river bank. I saw houses collapsing and rocks sliding down and I was totally confused.

To be honest, at first I was kind of enjoying it, but as time passed, the fear took over. I was worried about my family. The phone networks were down and I thought we’d be trapped there. When a man told us that Dharahara had fallen, I became extremely terrified. We cancelled our trip and returned to Kathmandu.

Being an optimistic person I saw a flower blooming on the battlefield. Everyone was helping as much as they could. The warm feelings people had for each other came bursting out at that moment. Maybe, I thought, things like racial discrimination in my country were all just made up by the leaders.

Prasant Khanal is a common student from a small country but with big ambitions and dreams. He is studying Business Information Systems at Kathmandu University. Originally from Bharatpur, Chitwan, Nepal, he enjoys reading, traveling and playing the guitar.

This entry was posted in Uncategorized. Bookmark the permalink.