Aazad Dahal: “I Thought I had gone mad” 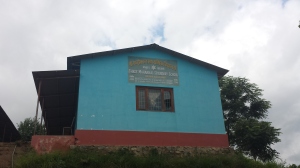 Like any earthquake, it came as a surprise. The day began as a normal Saturday. Around the country, people were relaxing at home. I was inside my home watching television when the whole room began to shake and the windows started vibrating. I didn’t know what was happening at first and I thought I had gone mad. Out of fear and confusion, I ran outside with my family. Then there followed a series of devastating aftershocks which made many people, including me, afraid to go inside their homes.

Then came the concerned phase. I was worried that my relatives and friends might have perished as news began to circulate about the devastation. All the telephone lines were busy and I panicked as horrible thoughts began circulating in my head. Fortunately, by the end of the day, I was able to confirm that everyone was all right. But the terror continued for another 40 days.

During this period, I became more cautious and, at some point, paranoid. I came to know that camping outside is not as fun and comfortable as one expects it to be. On the other hand, I was fortunate enough to be spared most of the destruction. Most of my locale remained intact, with the exception of a few older houses. Also, there were no casualties.

The rising death toll and further aftershocks drilled more fear into me, but the news of people being rescued after tens of hours underneath the rubble gave me hope. When the dust settled, I volunteered to help the victims. It was not much but I certainly made an impact, and it was satisfying to do. I became more acclimated to the devastation as time passed and, as my fear went away, I was even able to ignore the aftershocks.

This entry was posted in Uncategorized. Bookmark the permalink.